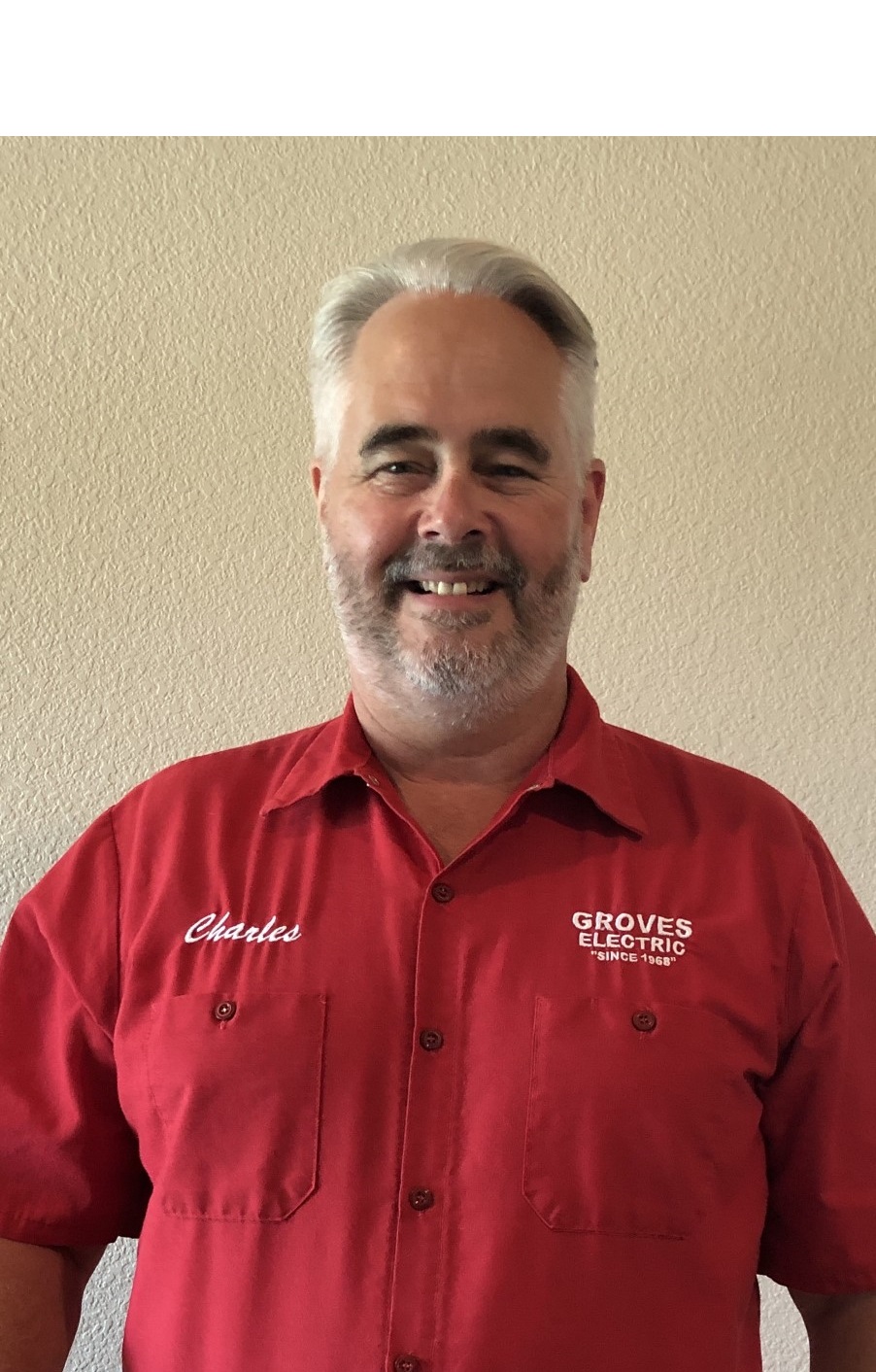 Hailing from Michigan, Charles graduated from Northern Michigan University with an Associate’s Degree in Electronics in 1982 before moving down to Dallas to look for work. Hired on to Groves that June, Charles obtained his Electrical Journeyman’s license under Master Lee Groves and has held it for more than twenty years. Charles moved up the ranks as Estimator, Lead Estimator, and in 1999 was made Vice President of Estimating. Charles enjoys the way the electrical trade evolves every day as well as the on the job training he receives. He loves the feeling of satisfaction he receives when he bids on and lands jobs.

Over his career with Groves, Charles has bid and was awarded such notable projects as The Eisemann Center, TCCD, Allen Event Center, Plano Municipal Building, Planet Hollywood, and Rain Forest Café.