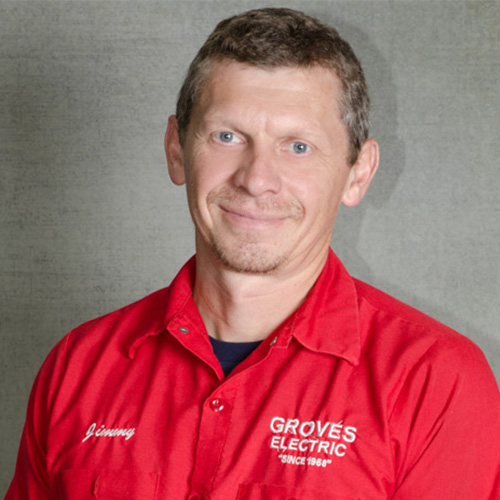 Originally from Michigan, Jimmy attended Jackson Community College taking multiple trade courses. He was an electrician for 5 years before joining Groves in 1993. As a service technician, he ran residential, commercial, and industrial calls doing anything from installing a plug to getting an entire house up to code. He became a Journeyman Electrician in 1997 and was promoted to Service Manager in 2008. He loves learning something new every day and making customers happy.