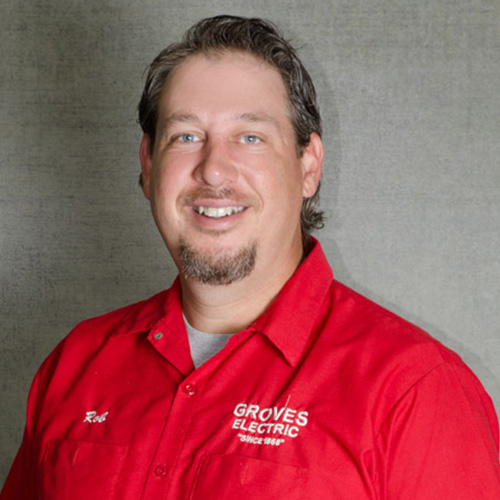 Rob was an electrician for three years before joining Groves in 2001. Rob worked as an apprentice in our service department before becoming a Journeyman and getting his own service truck in 2002. Rob worked as a service technician and foreman for twelve years before moving to the construction side as a Project Manager at the beginning of 2014. Rob loves the constant challenges the jobs brings and meeting them with success.